Long Time No See – Meet us at one of these upcoming industry events! 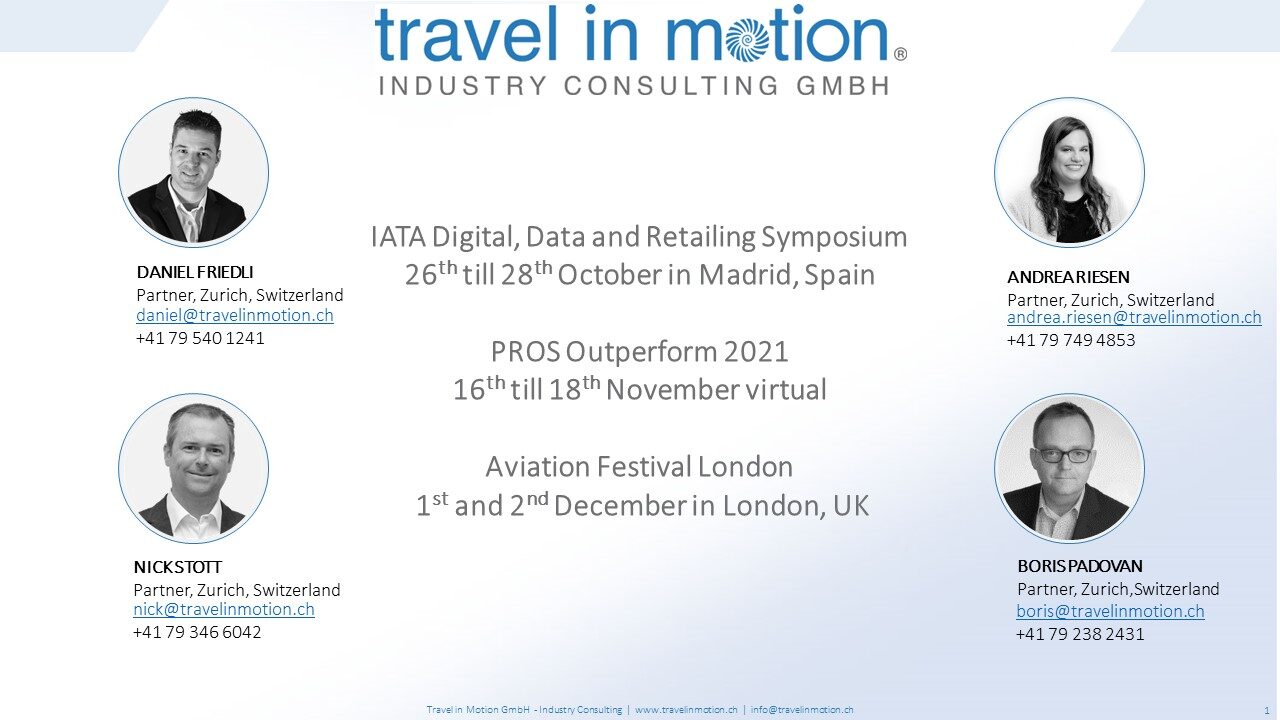 After a long period of limited personal exchange we are looking forward to the upcoming industry events where Travel in Motion will be present, such as IATA’s Digital, Data and Retailing Symposium in Madrid from 26th till 28th October, PROS Outperfom Virtual Conference which will take place from 16th till 18th November and  the World Aviation Festival on 1st and 2nd December in London. Please reach out to us to personally reconvene. See you soon! 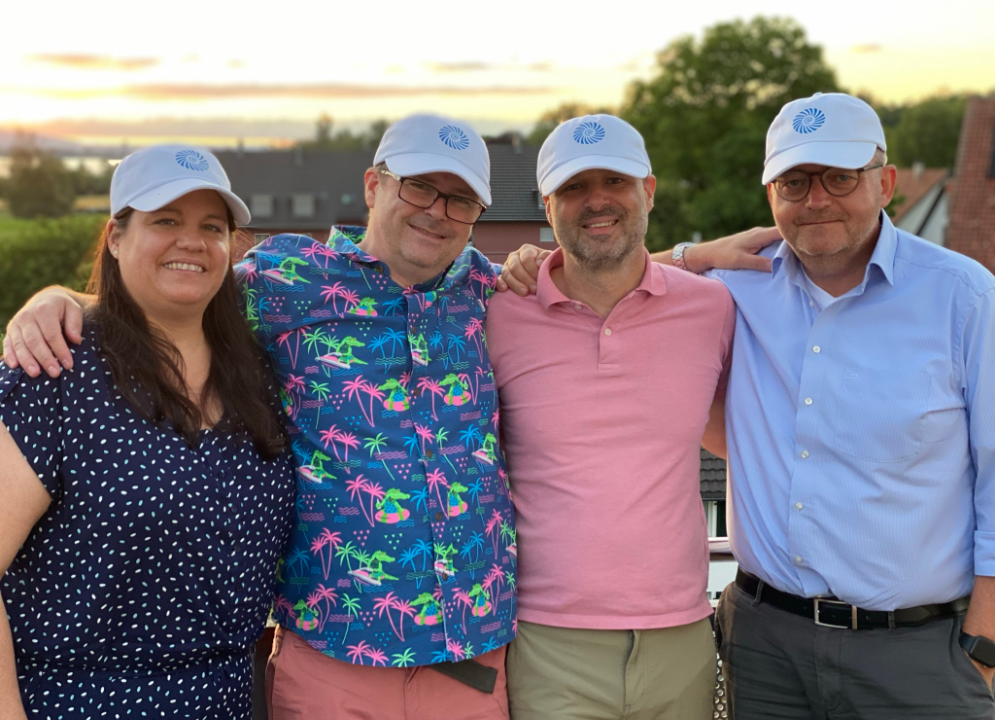 The summer is coming to an end in our northern hemisphere and the summer holiday period has confirmed that air travel is on the raise, again. Within Europe, Northern America and China there have been plenty of leisure flights, and although we have not reached pre-COVID numbers, the trend remains positive and promising.

A lot is dependent on potential virus mutations and vaccinations, but also on streamlining the numerous different rules, regulations and processes for air travel. Examples like the IATA Travel Pass Initiative have shown that technology, especially ongoing digitalization of processes, can contribute to the restart of global air travel.

Thus, digitalization has become one of the top priorities for our industry community, and we at Travel in Motion are engaged in helping our partners to reach the next level of digitalized distribution, disruption management and airport operations.

We have helped our partners now for over five years – yes, TiM celebrated its 5th birthday, and we have enjoyed every single day within TiM and within our community.

We are looking forward to continuing our work with you for many more years to come, and perhaps we can meet at one of the upcoming industry events where Travel in Motion will be present, such as IATA’s Digital, Data and Retailing Symposium in Madrid from 26th till 28th October, the PROS Outperfom Virtual Conference which will take place from 16th till 18th November or the World Aviation Festival on 1st and 2nd December in London. See you there!

While many airlines had lofty ambitions, most would admit that they have faced challenges in growing their distribution volumes via the New Distribution Capability (NDC) as quickly as they would have liked. An aspect that is increasingly important is the role of NDC aggregators, the bridge between supply (airlines) and demand (sellers). Travel in Motion’s (TiM) founding partner Daniel Friedli took a deeper look into the value added by NDC aggregators and general challenges to NDC adoption. Through a comprehensive survey with aggregators as well as interviews with IATA, airlines, aggregators and sellers, TiM explored what works well, and what does not. The paper should help airlines, aggregators, sellers and NDC solution vendors address these issues and find solutions at an early stage of the project and implementation.